To strengthen families to create a healthier Bermuda for our children.

All About ACEs (Adverse Childhood Experiences)

Adverse Childhood Experiences (ACEs) refer to a range of events or experiences that a child can experience, which can lead to stress and can result in trauma and chronic stress-based responses. Multiple, chronic, or persistent stress can impact a child’s developing brain, and numerous studies have linked stress to a variety of high-risk behaviors, chronic diseases, and negative behaviours and health outcomes in adulthood such as smoking, diabetes, and heart disease. For example, on a scale of 1-to-10 as used in scientific studies of ACEs, having an ACE score of 4 increases a person’s risk of emphysema or chronic bronchitis by 400% and suicide by 1200%.

Published in 1998 as a collaboration between the Centers for Disease Control (CDC) and Kaiser Permanente (an American integrated managed care consortium, based in Oakland, California), the original ACE study was one of the first studies to look at the relationship between chronic stress in childhood and adult health outcomes. Data were collected during 1995-1997 from 17,000 Kaiser Permanente members who completed surveys on their childhood experiences and current health status and behaviors. Many states are now collecting state-specific ACE data through the Behavioral Risk Factor Surveillance System (BRFSS), an annual phone survey established by the CDC that collects data on health-related risk factors, chronic health conditions, and use of preventive services by U.S. adults. We’d like to do this in Bermuda because we can break the intergenerational cycle of trauma in our community.

Family Centre, along with the Bermuda Health Council, are currently conducting research on ACEs in Bermuda, and plan to present our findings at the ACEs 2019 conference on June 13 and 14, 2019.  The Bermuda ACEs survey is open to all adults who spent any part of their childhood in Bermuda, and is currently accepting responses.

3.  What is the prevalence of ACEs?

ACEs are common and pervasive in the United States. In the original ACE study of adults, 64% of adults reported at least one ACE. More than one in five (or 20% of those surveyed) reported three or more ACEs and 12.4% reported four or more ACEs. 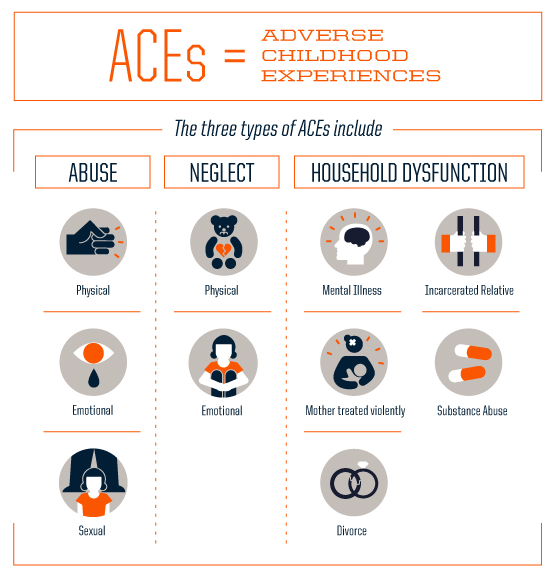 The original ACEs study found a relationship between the numbers of ACEs and the number of high-risk behaviors and negative health outcomes across an adult’s lifespan. As the number of ACEs a person has increases, so does the risk for outcomes such as depression, smoking, obesity, heart disease, and cancer. 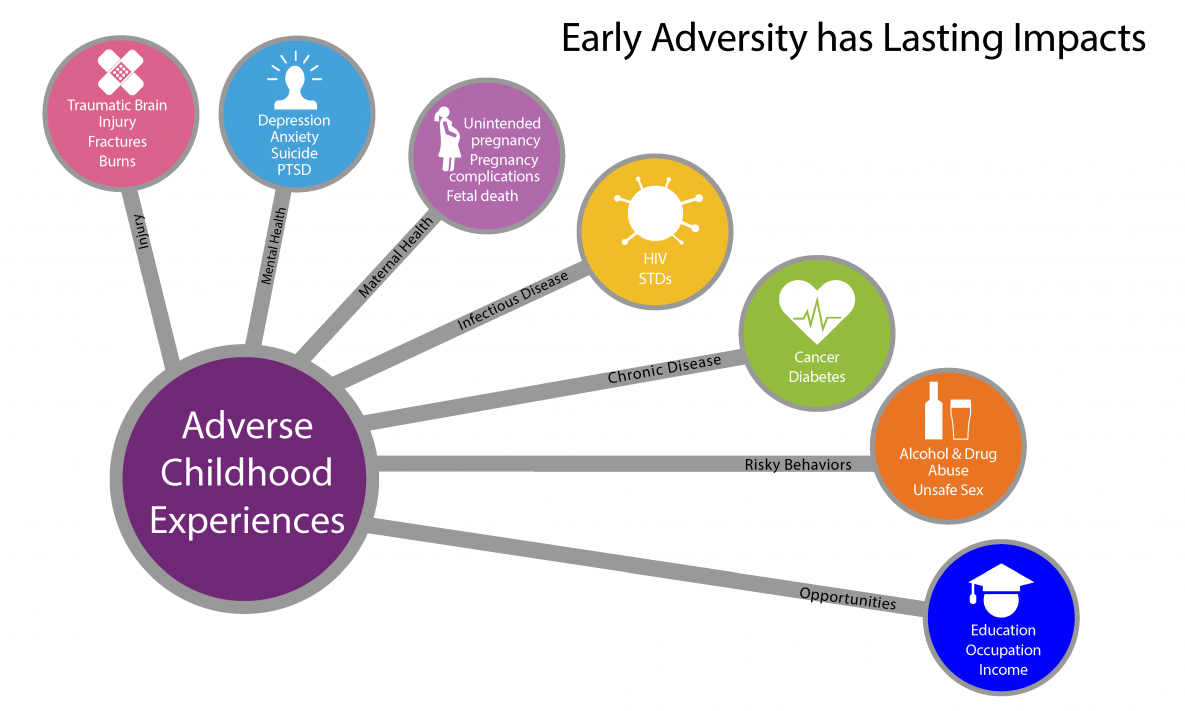 5.  What is the lasting impact of a high ACE score on behavior and health?

6.  What is the Life Expectancy?

Of the people who were surveyed, those with six or more ACEs died nearly 20 years earlier on average than those without ACEs.

7.  What is the Economic Toll on Society?

The Centers for Disease Control and Prevention (CDC) estimates that the lifetime costs associated with childhood unresolved trauma at $124 billion in the US.

These wide-ranging health and social consequences underscore the importance of preventing ACEs before they happen. Safe, stable, and nurturing relationships and environments can have a positive impact on a broad range of health-related issues and on the development of skills that will help children reach their full potential. Strategies that address the needs of children and their families include, but are not limited to: maternal parenting, positive parenting and practices, the condition of the child’s home environment, and the child’s development. 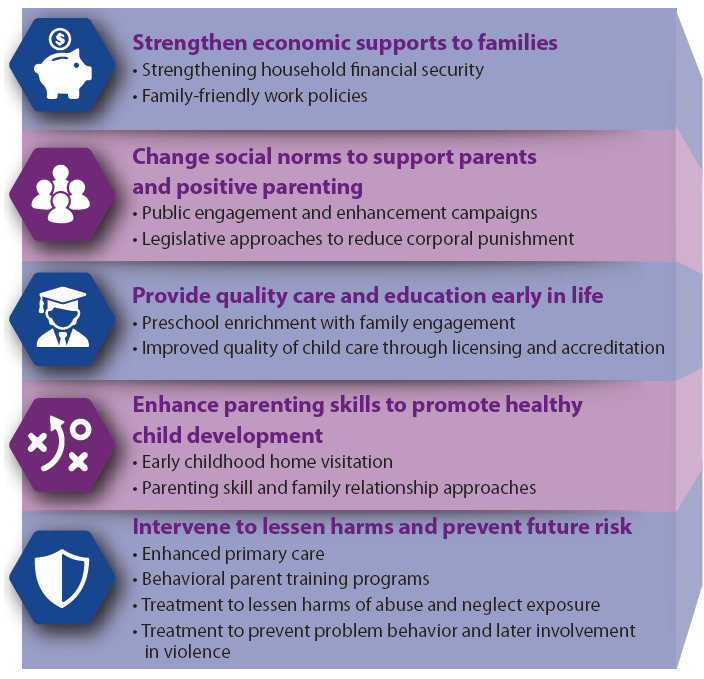 9.  How can I learn more about ACEs in Bermuda?