Dedicated to improving the emotional and social wellbeing of families, for generations to come

Did you know that domestic abuse is on the rise in Bermuda? One in four families experience domestic abuse and the effects it has on those children is detrimental. In an effort to help stop the cycle of abuse Family Centre is raising awareness of this growing problem.

What is domestic abuse?

Domestic abuse is any type of controlling, bullying, threatening or violent behaviour between people in a relationship. It can seriously harm children and young people and witnessing domestic abuse is child abuse. It’s important to remember domestic abuse:

Domestic abuse can be emotional, physical, sexual, financial or psychological, such as:

How can it affect our children?

If you or someone you know is being abused, help is available.

To report abuse, contact the Centre Against Abuse at 297-8278

Take the Survey: Gendered Violence against Women in Bermuda 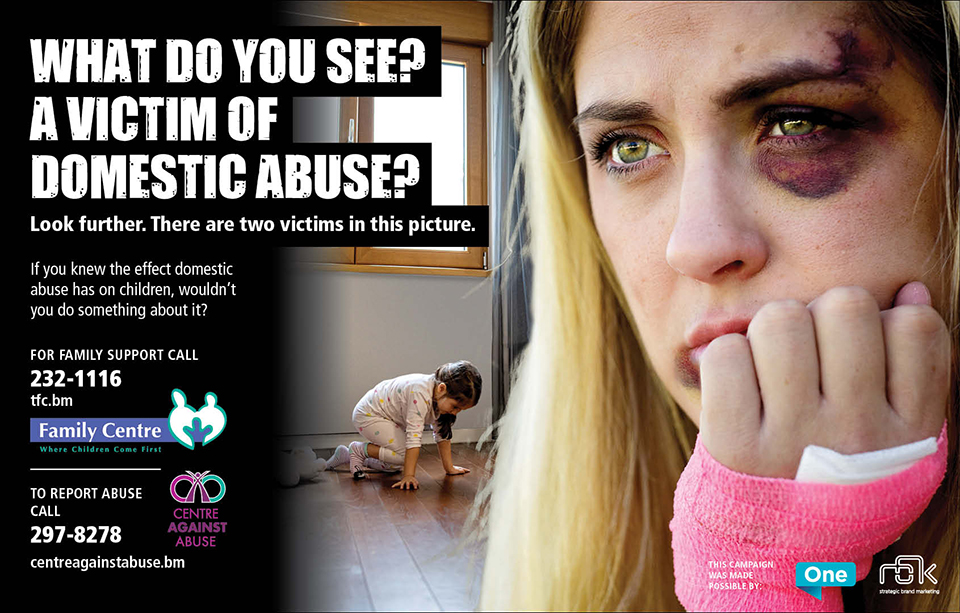